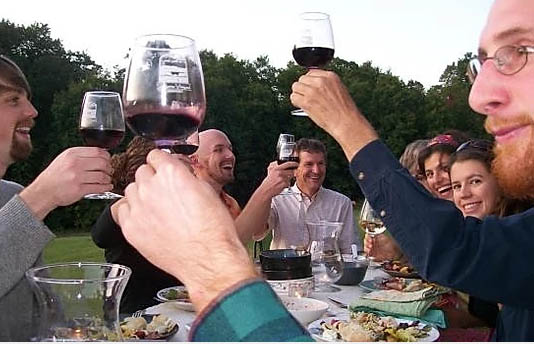 When was the last time you sipped on a wine from a New England winemaker? New England Uncorked has, since its founding in 2012, maintained a mission to expose wine enthusiasts to the offerings available in the Northeast region of the U.S. and Canada, and specifically focused in on New England wines. There are a lot of exciting things going on here at New England Uncorked, as well as in the Northeast wine world and we want to get the word out. We’re re-launching this blog, as a way to communicate with our customers and consumers about our vendors, their news, events, and profiles. And the wines, of course! We love to tell you all about our wines. We’ll share interviews with the winemakers, and developments in viticulture that continue to lend themselves to the ever-increasing quality of wines from the Northeast. We’ll also discuss the grapes that thrive in the Northeast’s cooler climate and shorter growing season.

It’s our contention that the general public does not know very much about the grapes and wines grown in New England, and much of what is known has been filtered through a negative lens or old thinking. Remember, at one time, not too long ago, even California wines were not given respect among the world’s wines. The wine industry in New England is relatively young (relatively because Brotherhood Winery is the oldest winery in the country, from Washingtonville in the Hudson Valley in New York, established in 1839). Wines made even 20 or 30 years ago were of much poorer quality than those made today. A stigma took hold. We think opinions need to be refreshed with a new look at these wines. Northeastern red wines grown from V. vinifera grapes are often considered too astringent, or thin. The cooler climate of New England does not support widespread growth of vinifera grapes, although there are some outstanding examples of Merlot, Pinot Noir, and Cabernet Franc. White vinifera grapes that do quite well include Chardonnay, Gewurztraminer, Viognier, and Riesling from New York to Maine and Vermont. Native grapes are most often characterized as “foxy” smelling and tasting. Many people describe that as smelling like wet dog fur or wet newspaper. While these wines do still exist, and even have a local or cult following there are many more wines of excellent quality being made in the Northeastern United States and Canada, both vinifera and non-vinifera wines. Hybrid grapes, both accidental and intentionally developed to better withstand the climate are unfamiliar to most people. How many people west of the Rockies have heard of or tasted the Marquette grape? It is our strong belief that many wines made in the Northeast can stand up proudly to the wines of the west coast. Perhaps someone will raise a challenge a la ‘Judgment of Paris’ style someday.

Advances in viticulture are not the only things responsible for the improved quality of New England wines year after year. Just as climate change (for those who are believers) affects west coast wines in the form of ever hotter (high alcohol) wines it is helping improve eastern wines by raising temperatures, extending the growing season, allowing for more ripening before seasons change. 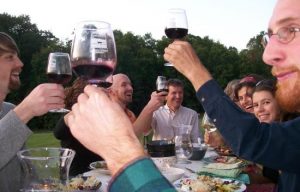 Climate scientists at the University of Massachusetts in Amherst using 32 different computer models of climate change are predicting that the temperatures in the Northeast will rise faster than almost any other place on earth, due to a combination of elements such as prevailing winds, ocean water temperature rise, and high latitude. The average temperature is predicted to rise 3.6 degrees F in the next decade. Globally the average temperature increase is expected to be 1.3 degrees F. Other parts of the country will experience an increasingly drier climate with more prolonged periods of drought, none of which is good for wine grape growing.

Another important piece of the formula contributing to better wines in the Northeast is the winemaker. The men and women who know their soil and their grapes. They have experimented and propagated, studied what has worked or failed in other parts of the country, and rise to the challenges of the cooler climate. We will introduce you to interesting people who are driven, who innovate, determined people who care about the environment and work sustainably. Many vineyards in the Northeast still see themselves as farmers first, selling an agriculture product. 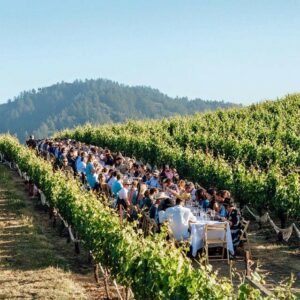 A great spirit of collaboration is gaining momentum here. Visionary chefs and sommeliers work closely with local vineyards and wineries to highlight and elevate the bounty from our own backyard, making magical pairings in restaurants or in the field at farm to table dinners. There is a thriving wine culture here with nothing but a bright future ahead. There are many old misconceptions still out there about wines from New England and the Northeast, but perceptions are slowly coming around. Even the old standard wine publications (Wine Spectator, Wine Enthusiast) are paying more attention, regularly sending reviewers to the New York triangle of Finger Lakes, Hudson Valley, and Long Island. Vermont and Eastern Canada are well known for their dessert ice wines. We can’t wait to introduce you to a bone dry blueberry wine from Maine you’d swear was vinifera, a sparkling wine from Massachusetts good enough to be served at three presidential inaugural balls, and Connecticut wines so good they made a successful technology professional completely switch careers after one visit and become a wine broker specializing in New England wines. They are that good!

We hope you’ll subscribe to our blog and share it with others, ask questions, and make comments. We’d love to introduce you to the people and places making great wines in the Northeast. 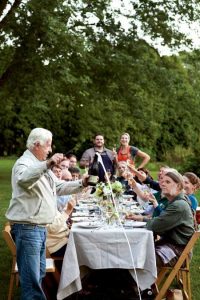